Tiny Archers shoots past one million downloads in three months 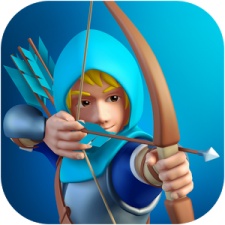 The Hungary-based publisher released the game in mid-July 2016. Since then it has topped various global charts, including the UK Action and Arcade Games chart.

The studio is now releasing the first major update for the game which includes new translations for Russian, Spanish, French and Chinese speaking territories.

1DER is also working with working with Hungarian touring car driver Norbert Nagy to market the game, with images of Tiny Archers placed on his team’s car.

“We are incredibly proud of Tiny Archers, this is our most successful game to date,” said 1DER Entertainment MD Balazs Bodocs.

“We are extremely happy that we could bring joy to so many gamers, we get a great deal of motivation and energy from the players. They are also very proactive with suggestions and we already implemented some of their ideas into the game in our latest update. Thank you for your support and input.”