Animation Throwdown: The Quest for Cards surpasses four million downloads in one month

Day one retention over 50% 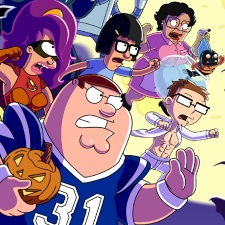 Collectible card game Animation Throwdown: The Quest for Cards has surpassed four million downloads in just a month after release.

The game brings together popular characters from US cartoons such as Family Guy, Futurama, American Dad, Bob’s Burgers and King of the Hill.

Speaking to PocketGamer.biz in a new interview looking at the making of Animation Throwdown, Kongregate Senior Producer Peter Eykemans also said the game had kept a consistent 90%+ completion rate on its tutorial. Its day one retention rate meanwhile remains over 50%.

“We’ve been very happy with our stats on the wave of feature traffic we’ve seen across the past month - which is generally lower than stats from targeted UA and users specifically seeking out the game in the app stores,” said Eykemans.

“We’ve kept a consistent 90%+ completion rate on our tutorial across all traffic, and our D1 retention remains over 50% - even when players realise it’s a collectible card game, a genre that often scares off casual gamers.

You can read the full Making of Animation Throwdown: The Quest for Cards feature here.