Google Pixel smartphones go on sale today in the UK, US, Canada and more

Competition heats up in the Android market 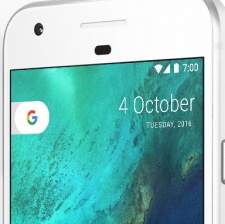 Google's Pixel and Pixel XL line of smartphones are on sale as of today (October 20th) in countries such as the UK, US, Canada, Australia and Germany.

Pre-orders had already opened from October 4th, but now the phone is officially able to buy from stores.

The phone also features a 12.3-megapixel rear-facing camera, which Google has claimed is the best smartphone camera ever after it received a score of 89 from DxOMark. Mobile.

Pixel owners will get free unlimited photo and video storage via the cloud.

Google Pixel will also be compatible with Google’s virtual reality headset the Daydream View, which launches in November.

It will be interesting to see whether Google can find room for its own hardware in a highly competitive market where Samsung already dominates in the Android space.