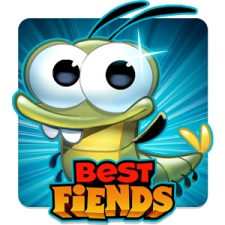 The sequel has been in soft launch in countries such as Australia, Canada and Sweden since December 11th 2015.

The title is a departure from its predecessor and takes the form of a clicker and RPG hybrid that once again has players battling slugs.

The first Best Fiends game in a planned trilogy was released in October 2014. Since then, it has gone to rack up more than 50 million downloads and has some two million daily active users.

Seriously claimed that in total, users have spent more than 25 billion minutes playing the game.
Best Fiends has made over $50 million in revenue to date.

For Best Fiends Forever, Seriously has partnered with Oceana, an organisation dedicated to protecting the world’s oceans, to teach players about their work.