Jobs in Games: King's Ben Hollis on how to get a job as a Lead Game Designer 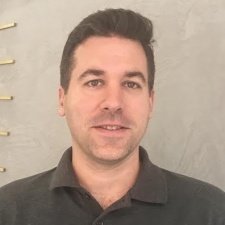 This time, the spotlight is on Ben Hollis, Lead Game Designer at King's London studio.

We've just launched worldwide, so aside from keeping an eye on the balancing and player feedback, I'm also working with the team on designing new features to keep the game fresh.

As a team, we have lots of great ideas. It's my role to ensure that they're in-keeping with the core design pillars of Shuffle Cats, and also addressing things that our players will genuinely care about.

How did you progress into this role?

For several years I worked on console games, but after a while I developed an interest in designing for mobile.

It was hard to get the experience but I managed to get a couple of years working on educational games for mobile, which opened the door for me at King.

After some time on Farm Heroes and Pepper Panic I was given an opportunity to lead the design on what has become Shuffle Cats.

Not really, no! Things move so fast in this industry, it's hard to predict what's around the corner, let alone a couple of years away.

Building a live multiplayer game for King was an opportunity I jumped at.

Having said that, I've always had a personal passion for multiplayer, and so having the chance to build a live multiplayer game for King was an opportunity I jumped at!

I got a BA in music production, and was intending to use that as a route into music for games.

It landed me a role at Zoe Mode as a junior designer working on a rhythm action game. From there, I decided that I was enjoying game design so much that I'd stick with that.

Hmmm, that you don't wear suits to interviews in the games industry! Smart casual is probably better.

Eventually, a door will open. bOnce it does you'll need to show passion, enthusiasm, and have the ability to get along with people.

As a designer, you need to communicate effectively with every different personality on your team. You need to be good at taking feedback and open to others' ideas.