Working closely with Twitch team there 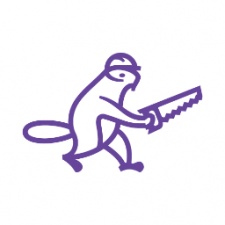 Amazon is opening a new office in Austin focused on working on its free game development engine Amazon Lumberyard.

The Austin team will work closely with another of Amazon's local teams for game streaming service Twitch, which recently set up shop in the city.

The team will develop the Lumberyard engine as well as help developers using it to grow communities and potentially generate additional revenue.

"We believe Austin is a perfect location for us to continue our quest to help game developers build the community-driven games that push both engine and cloud technology," read a statement from the studio.

"Whether you’re about to launch your first Kickstarter, are an established indie, or have years of industry success, we want Lumberyard and AWS to help you spend your time and resources focused on building an amazing connected experience."

Lumberyard was released with deep Twitch integration as a major selling point back in February 2016. Amazon encouraged developers at the time to use it for "Stream First" titles, built with Twitch audiences in mind.

It's one of the few engines that is seeing success in 2016, after numerous others have ceased operations due to huge competition in the space.

Lumberyard is also hiring for numerous roles at the new Austin location. You can see all available jobs on the studio's website.