Platform has over one million monthly active users 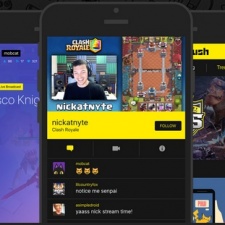 Mobile game live-streaming service Mobcrush has raised $20 million from a Series B funding round.

The US company aims to use the investment to continue building up its standing in the mobile streaming and eSports communities.

It also plans to hire more engineers as it expands its service from one million monthly active users.

Total funding in the streaming firm now stands at $35.9 million since it was founded in 2014.

"Mobcrush is a technology and entertainment company at the epicentre of mobile gaming, live streaming, eSports and the creator-driven media revolution," said Mobcrush CEO Royce Disini.

"No other company makes it as easy to live broadcast your mobile screen, whether it's on an iOS or Android device. This additional investment will enable us to exponentially expand our community of content producers and viewers globally."