A belated sequel to the early App Store hit 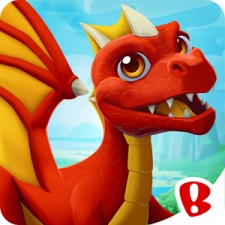 Backflip Studios has launched a follow-up to its mobile hit DragonVale more than five years after its 2011 launch.

Entitled DragonVale World, it's a 3D sequel to the original that maintains the focus on breeding various colourful dragons and designing a park in which to display them.

The original DragonVale was a major success in its prime and enjoyed a full year in the top-grossing charts. To date, the title has racked up more than 40 million downloads.

Moving with the times

And it appears the mature game remains part of Backflip's plans.

"We have no plans to decrease the support for DragonVale and intend to continue offering a rewarding experience for the game’s loyal fan base," a Backflip Studios spokesperson told PocketGamer.biz.

"We will use our extensive insights in this genre to provide exciting updates for both games.

"DragonVale has continued to add new users during our soft launch for DragonVale World so it’s clear that there is room in the App Store for both of these titles!"

Indeed, five years is an incredibly long time in mobile, and the differences between the two are stark.

“Gamers from around the world love the original DragonVale, and many of them have been building their parks and hatching rare dragons for years,” said Backflip Studios CEO Julian Farrior.

“DragonVale World brings the mechanics of that game into a truly modern mobile gaming platform, offering players bigger and more beautiful dragons than ever before.

"The artwork, design and 3D graphics in the game are the best in the industry, and we can’t wait for players to experience this world.”