Continues to struggle in China 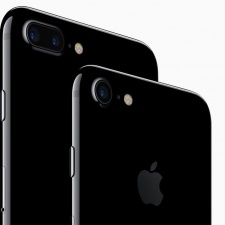 The iPhone 7 and iPhone 7 Plus helped Apple increase its market share in the US to 34.2% in the third quarter of 2016, according to data from Kantar Worldpanel.

The insights firm studied sales data for the quarter in the US, Europe, and urban China.

It found that iOS market share in the US had increased by 5.2% in the quarter while Android market share fell by 3.3% to a 63.4% share of the market.

iOS devices continued to comparatively suffer in China, however, with just 14.2% of the market share. Android sales made up 85.3% of all smartphone sales in the region.

Samsung saw declines across the globe, as would be expected following the disastrous Galaxy Note 7 launch. It saw market share decline from 36.9% to 33.8% in the US year-on-year.

However, it did see year-on-year growth in England, where it made up 30.4% of all smartphone sales. Elsewhere in Europe, Samsung was overtaken by Chinese manufacturer Huawei.

Android sales in China accounted for 86.4% of all smartphones sold between December 2016 and February 2017

Android's US market share grew 8.2% in October 2017 while iOS faltered