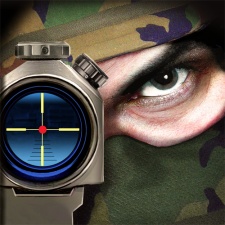 Vancouver-based developer Hothead Games has revealed that its Kill Shotfranchise has achieved 65 million downloads across both titles in the series.

The developer also claimed that the games have a cumulative playtime of 33 billion minutes. Players have completed a combined 7.5 billion missions and fired over 215 billion bullets in-game.

The original Kill Shot was released in September 2014, meaning it has taken two years and two months to surpass 65 million downloads for the franchise.

One shot, one kill

"The Kill Shot franchise has become one of the most successful shooter franchises in the history of mobile games," said Vlad Ceraldi, Hothead Games' co-founder and director of development.

"Players love the franchise's realistic graphics, intense action and social gameplay. We are thankful for all of the support from our players, and we look forward to releasing new games in the near future."

The first Kill Shot title had a rocky start, with Glu attempting to sue Hothead for copying Deer Hunter 2014, a case that was eventually settled in August 2015.

The second game, Kill Shot Bravo, had a much easier time and even managed to become a top five downloaded game in China with little localisation required.