Covering the old-school and the contemporary 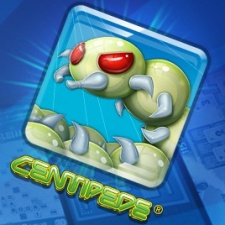 GSN Games will imminently be launching a version of Atari classic Centipede on its real-money skill gaming platform Sparcade.

It has also revealed that 2014 mobile puzzler Two Dots will be the next property to be converted for the Sparcade format.

Sparcade, currently only available in North America, is a platform through which mobile gamers can compete for either real money or in-game currency.

Launched on October 10th 2016, its initial set of games - all reimagined specifically for the Sparcade format - were Pac-Man, Scrabble, Tetris and Wheel of Fortune.

Devised by Xbox Live Arcade creator Greg Canessa, the platform is heavily inspired by the social, competitive experience of 1980s arcades. But at the same time, it's keen to be more than a throwback.

This balance is reflected in Centipede and Two Dots.

The former arrives on the platform in a reimagined form, after a deal with Atari gave the Sparcade team the freedom to recreate it.

“With so many classic games in the Atari library, some dating back more than 40 years, we understand the importance of sharing arcade experiences with future generations," said Atari COO Todd Shallbetter.

"Partnering with GSN Games on the release of Centipede in Sparcade has given us a great opportunity to live that philosophy.

"Kenny [Shea Dinkin, VP of Design] and his team, along with Joju Games, have demonstrated a great understanding of Centipede’s core appeal, and have managed to remake this masterpiece in a way that doesn’t sacrifice any of what made it great in the first place."

Two Dots, on the other hand, is a game that stands out among the existing crop of Sparcade titles as the most modern.

Launched in 2014, the game was an instant mobile hit. A release date for the Sparcade version is yet to be revealed.

“We specifically designed Two Dots to provide a zen-like experience, but when Sparcade wanted to turn things up a notch and add a tournament twist, we knew our fans would be game," said The Dots CEO Paul Murphy.

"We can't wait to see how the Dots' community embraces the launch of Two Dots in Sparcade in the coming months.”

For now, Centipede will be available through Sparcade very soon on the US and Canadian App Store.