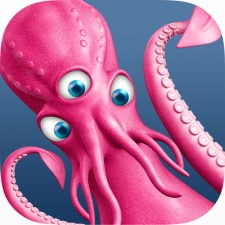 Mobile game Sea Hero Quest has attracted more than 2.4 million players whose gameplay stats will help inform research in the battle against dementia.

The title, launched in May 2016, was developed in collaboration with UK developer Glitchers, Deutsche Telekom, Alzheimer’s Research UK and researchers at the University College London and the University of East Anglia.

It has been designed to support research into dementia, which affects over 47 million people worldwide and is forecast to affect 135 million people by 2050.

Sea Hero Quest tasks players with remembering a map’s layout and steering their boat to buoys and flares, all while remembering the correct order and where they started the level.

The idea is to advance our understanding of human spatial navigation, the loss of which is one of the first symptoms of dementia, and how it changes over age, between men and women and between countries.

From its 2.4 million players researchers have been able to generate 63 years’ worth of gameplay to extract data from – a feat that Alzheimer’s Research UK claims would take over 9,000 years to replicate using conventional laboratory methods.

The title has attracted users from 193 countries around the world.

Alzheimer’s Research UK, though happy with the game’s strong start, said it still needs more over 65s to download and play the game to “help reduce the noise in the sample” and give clearer indications of how spatial awareness changes with age.

Shining a light on dementia

Early data appears to show that for the flare tasks, in which players must remember where they started the level to fire a flare back to, the ability for players to accurately complete it falls gradually from early adulthood (19 years old) towards 75+.

It also noted that players in Finland, Sweden, Norway and Denmark showed the most accurate skills in firing their flare back to the correct location.

It is hoped the study and its eventual findings could form the basis of a new diagnostic test for dementia and offer a potential way to monitor the effects of treatments in future trials.

Sea Hero Quest is available on both the iOS App Store and Google Play.