7.5% of all phone activations over the last month were at Verizon 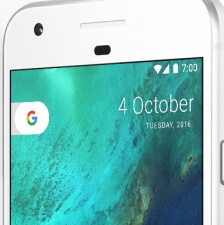 Google and mobile carrier Verizon have spent a combined $27 million advertising the Pixel line of phones since it launched.

This is according to a report from Wave7 Research, which studied Pixel phone sales and advertising spend during its first month of launch.

It found that 7.5% of all phone activations at Verizon stores over the last month were Pixel phones. The phone was initially only available through Verizon in North America, which explains the uptake.

As well as this, Wave7 found that Google had spent $15 million on TV advertising between October 27th and November 2nd. Verizon spent $12 million on its own Pixel-focused TV ads during the same period.

The phone is now available from other carriers, though the report notes that these stores are "not a significant factor" in the phone's activation rates.

Google's Pixel launched on October 20th in five countries. Prices for the phone begin at $649 for the most basic model.