Grab yourself a bargain 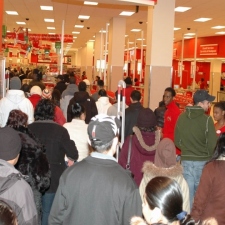 It's the most wonderful time of the year - Black Friday, the biggest sales day in the Western world.

And while people are running out to the shops to engage in punch-ups over cheap TVs, game engines and dev tool providers are also joining in the fun by offering cheaper deals on their wares.

We've listed a few of the best Black Friday and Cyber Monday deals below to save you time tracking them down, so have a look around and maybe pick up a bargain way to boost your game's development.

And don't forget to get the ultimate developer tool - a ticket to Pocket Gamer Connects London 2017, with an awesome 30% saving until midnight tonight, PST!

Got any more deals you've seeen that we haven't listed? Let us know in the comments!