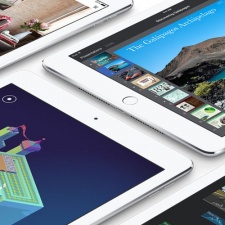 35% of all sales made during November 28th's Cyber Monday shopping event were made on mobile, according to Adobe.

The marketing cloud firm tracked sales data from across the entirety of the Thanksgiving weekend, including Black Friday and Cyber Monday. $7.50 of every $10 spent in the top 500 online retailers go through Adobe Marketing Cloud, giving the firm access to huge amounts of sales data.

It found that 37% of all sales made during the weekend were made on mobile, 25% on phones and 12% on tablets. 56% of visits were also made on mobile.

Black Friday alone accounted for $1.2 billion worth of sales, the first day in retail history that mobile sales have surpassed $1 billion. It also represents a 33% increase year-on-year for mobile sales.