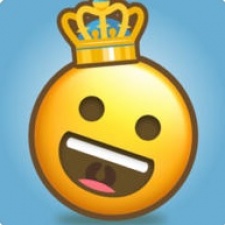 The studio has raised seed funding from Sunstone Capital and Lifeline Ventures to get help get it up and running.

Wiggins said his new company’s focus on iMessage games, titles that can be played within the iPhone Messenger, is because of the huge opportunities he sees in the space.

He believes the iMessage App Store is “as big an opportunity as the Facebook App platform or the App Store”. He added the studio would also start developing for other chat platforms as they begin to open up to third-party developers.

The studio’s first game is social title MojiQuest, which has players teaming up with their friends to battle monsters and solve puzzles.

"We see the relationships that people have on messaging services to be deeper and more personal than traditional social networks," said Wiggins.

"We believe that play on those platforms will be a magnitude more meaningful and open up real social play to a whole new audience in a way that fits into their mobile lives, of which chat is a massive part."