14 developers give their support 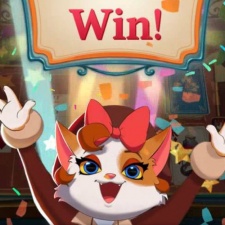 14 developers from across the gaming space have partnered with Facebook to launch titles on its newly launched Instant Games platform.

Launch titles include classic games like Pac-Man and Space Invaders, redesigned titles like Words With Friends Frenzy and Shuffle Cats Mini, and new titles like Endless Lake and Everwing.

"The ability to go straight from discussing a game to playing it, makes gaming truly intrinsic to the social experience," said Tung Nguyen-Khac, CEO of Spil Games.

"We already know from what we've seen in Asia how powerful it can be integrating games into the instant messaging environment. Facebook's move brings this idea to a global audience and that has huge potential"

Carolin Krenzer, London General Manager at King, added: "As one of the first developers to partner with Facebook on Instant Games, it's an exciting opportunity for us to develop Shuffle Cats Mini for a new platform to engage both our fans and the huge, global audience that Facebook has."