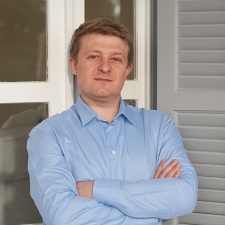 The move was announced by Wargaming CEO Victor Kislyi at Slush 2016 in Helsinki and will see the Finnish studio renamed Wargaming Helsinki.

”It will be our new home for mobile development in this region," Kislyi told PocketGamer.biz. "We will be making new cool games together."

He added: ”We are a relatively big company all over the world, with thousands of people. We are making games for PC and console, and we realise - like everybody else - that mobile gaming is growing like crazy.

"We have a little of that with World Of Tanks Blitz, but we want to be dominant. We want to be big in mobile games."

Boomlagoon was founded in Helsinki in 2012 by a team of former Rovio, Digital Chocolate, Housemarque and Recoil employees.

The team brings valuable expertise in the mobile sector to Wargaming with its veteran team of game developers and three established mobile games Monsu, Spirit Hunter and Super Soldiers.

”They are a small team of 13, but very passionate and experienced," said Kislyi.

Boomlagoon CEO Antti Stén said the team is thrilled to be joining forces with such a big and well-known publisher that shares its own enthusiasm for making great games, and the developers are "just waiting to get started".

The financial details of the deal were not disclosed, and Wargaming's Head of Mobile Keith Kawahata declined to divulge any further details on the numbers behind the acquisition.

Exactly the type of games Wargaming Helsinki will develop in future still remains to be seen. While there will be titles based on the more well-known IP in the publisher's portfolio, there still remains the possibility of completely new ideas being formed.

”There are lots of players who love the games and the world we created, but we're not going to limit ourselves to those”, said Kawahata.

Boomlagoon's current roster of games will continue to be supported for the forseeable future.

”All games have life-cycles," said Kawahata. "These games still have players and they will still be live tomorrow," Kawahata says.

Following the deal, the studio is set to expand its team from the current headcount of 13 staff, and it's keen to take applications from prospective employees looking to join Wargaming.

”We are always looking for talented, hardworking, experienced, smart and passionate people to join Wargaming”, Kislyi said, inviting people in the games industry people with knowledge of the company's work and enthusiasm for good games to come and have a chat.

The acquisition of Boomlagoon comes a few months after Wargaming closed its mobile Seattle-based studio WG Cells and laid off 60 staff.

At the time, WG Cells CEO David Bluhm said the closure did not mean the publisher was pulling out of mobile, and that it would be moving its mobile operations to its Cyprus HQ.