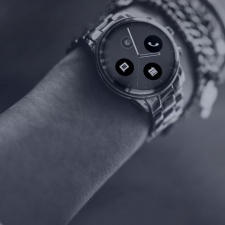 Google has acquired smartwatch developer Cronologics for an undisclosed amount.

It will bring its expertise to Google to help develop the next Android Wear devices. The team behind the studio will all be joining Google's Android Wear department.

Cronlogics was founded in 2014 by Lan Rcohe, Leor Stern, and John Lagerling, who are all ex-Google employees. It was building its own smartwatch platform for manufacturers to implement on their devices.

"We see strong alignment with Android Wear’s mission and look forward to working with our new colleagues at Google to continue pushing the frontier of wearable technology and smartwatches with Android Wear 2.0 and beyond," wrote the studio in an announcement on its website.

Cronologics had been working on bringing its technology to the Apple Watch, but this will most likely cease when it is folded into Google's division.