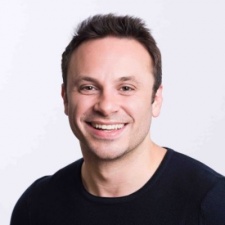 Oculus CEO Brendan Iribie has stepped down from the role after four years to lead the company's PC VR division.

Iribie outlined the move in a blog post on Oculus' website, where he revealed that Oculus is now establishing separate PC and mobile VR divisions to make development in both areas more focused.

As to why he's leading the PC division, Iribie wrote: "As we’ve grown, I really missed the deep, day-to-day involvement in building a brand new product on the leading edge of technology."

Current Head of Software Jon Thomason will be heading up the mobile VR department. The two will work with Facebook CTO Mike Schroepfer to find a new Head of Oculus.

On the front lines

"I'm thrilled to be on the front lines of creating the next leap forward in VR," wrote Iribie.

"We’ll continue investing deeply in research and development in computer vision, displays, optics, graphics, audio, input and more to create the breakthroughs that will unlock new form factors and experiences."

As well as advancing its VR technology, Oculus is currently hiring over 100 new employees to work in AR and other future tech.