Super Mario Run made $4 million on day one 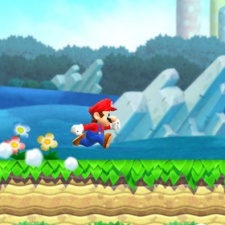 Super Mario Run made $4 million in day one sales, according to App Annie.

The auto-runner launched worldwide on December 15th for iOS devices and is Mario’s debut on mobile. The free-to-start game comes with a paywall of $9.99 to unlock the full game.

While many users have questioned the price, many more have decided to part with their cash.

Super Mario Run became the top downloaded game in 60 countries soon after launch and was downloaded some 10 million times on December 15th. The game had pre-registrations exceeding 20 million.

The title was even a top grosser in 11 countries within a few hours of release, places typically reserved for free-to-play giants such as Clash of Clans, Mobile Strike and Pokemon GO.

It has previously claimed by mobile intelligence firm Sensor Tower that Super Mario Run could make $71 million, a forecast we analysed in detail.

With such a strong start, it’s entirely possible Super Mario Run could hit that figure over the next month, or at least come very close.