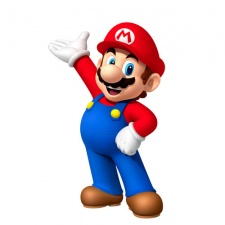 App data firm App Annie has supplied new data to PocketGamer.biz that shows the auto-runner was most popular in the US with some 11 million downloads in the country.

The UK meanwhile accounted for 5% of all downloads at just under two million installs.

Other interesting data focusing on the US showed that between December 15th and 18th, US users played Super Mario Run 2.5 times each day on average.

Play sessions lasted five and a half minutes on average, going up to just over 13 minutes for average total gameplay time per day.

Owners of the game who played on iPad played that game for an average of just over 14 minutes per day, while iPhone users spent slightly less time, averaging 12 minutes per day.

It comes after App Annie reported that Super Mario Run was estimated to have made $4 million during its first day from 10 million downloads.

Intelligence firm Sensor Tower meanwhile claims that the game was downloaded around five million times on day one, but brought in $5 million.