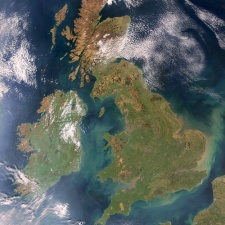 The majority of games studios in the UK expect to hire new staff and increase profitability in 2017, according to games industry trade organisation TIGA.

The trade body has revealed details of its Business Opinion Survey 2017 which surveyed 50 UK-based games businesses from across the industry.

It found that 88% of companies are looking to hire new staff in 2017. 50% of respondents also said that the outlook for investment in their businesses was optimistic.

"Our survey shows that games businesses in mobile, VR, PC and console are planning to increase investment and employment.

"This growth is being driven by three factors. Firstly, the consumer market for games is big, broad and burgeoning. The UK is the sixth largest market for games in the world and 31.6 million people in the UK play games.

"Secondly, the spread of mobile and tablet devices, the new console generation, the popularity of PC games and the advent of virtual reality and augmented reality are prompting investment in games."

The third factor is the Video Game Tax Relief in the UK, which was established to help UK-made games reduce their costs during production.