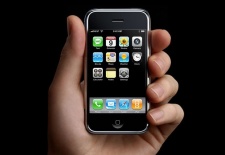 It was 10 years ago today that Steve Jobs first unveiled Apple's iPhone to the world.

The smartphone redefined not just the mobile industry – which it did – but it also changed the games sector too, as well as a host of other markets.

The touchscreen device was unlike anything else and turned Apple into one of the world’s biggest companies.

The firm was already doing well for itself, but the iPhone has helped spur the multinational corporation on to a market cap of over $600 billion.

Following its reveal, the iPhone was launched five months later in the US. Already hugely popular, things really took off for the mobile games industry a year later in July 2008 with the launch of the App Store – which wouldn’t have been possible without the iPhone.

To put the App Store’s significant into perspective, developers using the marketplace have made more than $60 billion since its launch.

Many different variants of the iPhone have been released since the original device, most recently the iPhone 7 and iPhone 7 Plus.

In total, more than one billion iPhones have been sold. That’s one seventh of the Earth’s entire estimated population.

A lot has changed since the iPhone first launch, and with it the mobile games industry.

Below you can watch the original keynote by Steve Jobs when he first announced the iPhone, which he described as a day he called a “revolutionary product” that “changes everything”.

The iPhone unveiling begins around 21:50 in.