"We think the future is bright for all of mobile video," says AerServ CEO Josh Speyer 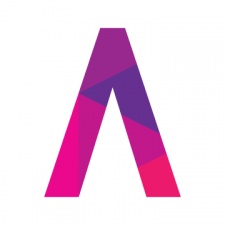 Along with his longtime colleague and collaborator Andrew Gerhart, Josh has built a management team that blends the best minds of publishing, advertising, technology, and data.

Josh has had a long and distinguished career in the digital publishing space, holding CEO roles at various companies in the industry for more than 16 years.

Prior to joining AerServ, Josh was CEO at BBVentures, where he oversaw investments in new media, mobile, and clean-tech entrepreneurs. Before that, he was CEO at Source Interlink Media (now rebranded as TEN: The Enthusiast Network) where he was responsible for more than 50 automotive titles.

In 1998, Josh founded Automotive.com, where he also served as CEO for more than six years until the company was sold for $125 million to PRIMEDIA and continued on as CEO of PRIMEDIA Auto Digital.

Josh’s deep publishing roots give him a unique understanding of what media companies need to succeed and make him well-suited to guide AerServ’s singular focus on providing publishers and app developers with what they need to engage consumers in the richest brand experiences – the key to unlocking all parts of their revenue models.

Josh graduated from the University of California, Berkeley with high honors.

The deal will see AerServ ads integrated via an API into Gameloft’s games for rewarded video and mobile display ads.

The firms hope to bring new and unique advertisers to Gameloft’s rewarded video placements across its mobile ad network.

“We think the future is bright for all of mobile video, and rewarded video in particular,” said AerServ CEO Josh Speyer.

“The user is rewarded with in-app currency or continued gameplay, the advertiser gets undivided attention from the user and an engaged audience with high performance, and a publisher generates revenue with a high eCPM.”

How to monetize your users without alienating them

Ad tech SDK integration woes and how to solve them