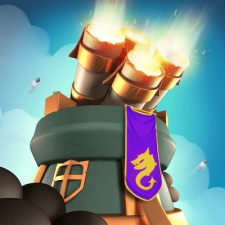 The game was launched on January 5th and had achieved the milestone by January 8th.

And now the studio has started 2017 strongly with a follow-up to its 2014 title Alien Creeps TD.

The tower defence genre finds itself in an odd position in 2017, with its biggest franchises - Plants vs. Zombies and Fieldrunners, for instance - experimenting with new approaches.

But if Castle Creeps can keep the momentum going, it will be proof positive that there is plenty of life in it.