Looking to raise its profile abroad 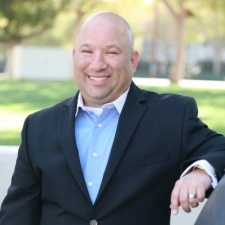 UK indie games label Team17 has bolstered its biz dev and marketing staff as it pushes to attract more developers from the US.

He is joined by another former 505 Games member, Matt Benson, who will act as Business Development Manager in the UK. Ste Stanley has also been named as the new Marketing and Sales coordinator.

Rounding off the new hires are Ian Pickles as Senior Producer on External Projects and Ellie Spanovic as Community Manager.

"There is a massively diverse talent pool in the States," said Team17 CEO Debbie Bestwick in an interview with GamesIndustry.biz.

"We are well known amongst developers in the UK and Europe, but a lot of the developers in North America know us as Team17: the guys who created Worms.

"It is about taking what we're doing so well in the UK and into America. Justin is a key part of that in terms of his heritage - he is based in LA, which really helps. I really want to go for it."

The company raised $21.8 million in funding in September 2016 to grow its business. While largely PC and console-focused, Team17 does occasionally publish titles to mobile and is branching out into VR.