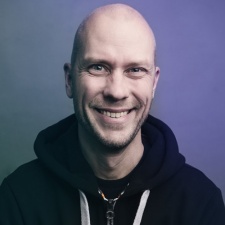 "At Hatch, our ambition is to change the way people play games."

It's a bold opening statement from Hatch VP, Content and Commercial Partnerships Vesa Jutila as he kicks off the Monetise, Retain, Acquire track at Pocket Gamer Connects London 2017.

The way his company, a spin-off from Rovio, intends to do this is through free streaming of premium mobile games.

"The premium part of the mobile games market is very small, and getting smaller," Jutila says.

Indeed, he observes, Monument Valley's lifetime revenue of $14.4 million in two years is considered a premium success, but is roughly 1% of what Supercell made in the same period.

"We've basically taught the consumers that an up-front purchase is a really big hurdle - and it's becoming a bigger and bigger barrier," he adds.

"People still want quality and diversity of experiences, and they're willing to pay for those experiences. But that doesn't seem to apply to mobile games anymore."

He uses Super Mario Run as an example - its download figures show demand, but conversion rate of around 3% shows the strength of that payment barrier.

But if the up-front cost is no longer viable, what has replaced it? Jutila notes that all of the five top grossing, non-gaming apps are subscription-based.

"I think that's quite telling," he considers. "That's the norm today."

Hatch adopts a similar model, with an app that allows players to stream a selection of premium games for free with an optional, paid subscription to remove ads and get extra features.

Jutila then shows Hatch in action to the assembled crowd, showing off the quick loading and smooth streaming.

He is also keen to stress the social aspects of the Hatch service, which allows any game to be played socially with others.

In addition, an attached social feed allows players to share videos and screenshots with Snapchat-esque tools for adding a personal touch.

"That's what I think games should be all about," he concludes. "Having fun with your friends."