Charles Cecil on the current state of the UK games industry 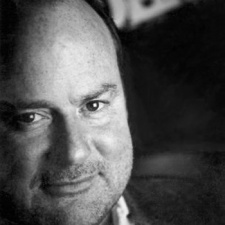 At Pocket Gamer Connects London 2017, Charles Cecil, Founder & CEO of Revolution Software, kicked off the Brilliant Britain track with a talk on the state of the British games industry.

"In the UK, we have this obsession with selling as quickly as possible" he said on the state of British publishing, which saw numerous publishing houses in the '80s and '90s selling to major US publishers.

But with the dawn of the iPhone in 2007, Cecil says that "everything changed" – smaller developers, which suited the UK development scene, were now able to make their own games for larger profits.

"If this hadn't have happened, the UK development industry would have collapsed," he added.

As to how we should avoid losing this "Brilliant Britain", Cecil noted that a key focus on education is useful, and teaching computer science as well as creativity to grow.

He also said that talent coming in from Europe had helped grow the scene, as well as tax breaks offered by the previous UK government helping fund development in recent years.