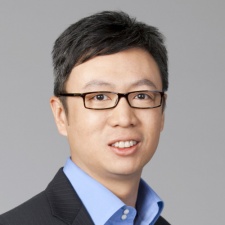 As part of Pocket Gamer Connects London 2017, Arthur Chow, Co-founder & CEO of 6waves, gave a talk on launching an overseas game in Japan.

He started by saying that Japan has the highest rate of mobile gaming penetration in the world, with over 80% of phone owners playing games.

Japan is also seen to have a higher ration of paying, and one of the highest ARPDAUs in the world, thanks to the loyalty of the players.

However, the games scene is largely local – 81 of the top 100 games in the grossing charts are developed in Japan, though the spread of other origin countries in the top 100 includes Russia, UK, US, Korea, Finland, and Sweden.

Chow moved on to improving your chances of success in Japan, beginning with focusing on cultural differences between your country and Japan.

"You have to localise the text with the right context," he suggested, because players will become wise to a poor localisation and will be turned off from playing further.

Graphics should also be localised, as Japan's culture has different tastes, and Chow also mentioned that "voice over is very, very important in Japan", since a lot of VO artists are considered celebrities in the country.

Pre-registration is also a key part of launching in Japan, but while it costs some money upfront, the fans you acquire are "super loyal" and will stick with your game through its launch.

As for UA, while online acquisition is effective, Chow recommending spending money on train advertisements and YouTube influencers in the country.

When it comes to post-launch, he recommends keeping active social media accounts, as well as running live events and sales to encourage users back to spend more in-game.