Daniel Cho explains what that means 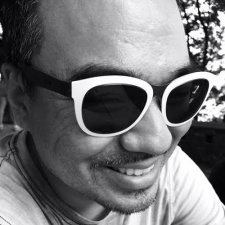 As part of Pocket Gamer Connects London 2017, Daniel Cho, Chairman of InnoSpark, gave a talk on the "next big thing" for mobile games.

He started by saying that "massive multiplayer online games are available now on mobile", thanks to high-speed networks and mobile data like never before.

He also stated that current users are bored by available social games, and want a new kind of experience with different mechanics to what they expect.

To that end, InnoSpark is working on an MMOSNG – a Massively Multiplayer Online Social Networking Game, which allow players to play together in real-time but exclusively for social experiences.

The game has multiple levels of social levels, and players can develop these ranks in-game through real-time interactions, both textual and graphical through Avatar Actions.

It also uses location-based services to determine a users weather and time to represent this in-game, providing players with a seamless emotional connection between the real-world and the game.

Players can also trade in-game items at specific events that other players set up, and players are rewarded with higher social ranks when they interact with others.