Hugo Barra takes control of all VR and AR projects 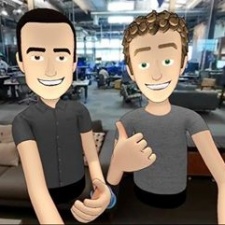 Facebook has hired former Xiaomi Global VP Hugo Barra to head up Oculus and all of its virtual reality and augmented reality projects.

The news was announced by Facebook CEO Mark Zuckerberg on the social networking site.

Barra has wide experience in the tech and mobile industries, helping develop the Android operating system and more recently working with Chinese firm Xiaomi on its smartphone devices.

“Hugo shares my belief that virtual and augmented reality will be the next major computing platform,” said Zuckerberg.

“They'll enable us to experience completely new things and be more creative than ever before. Hugo is going to help build that future, and I'm looking forward to having him on our team.”

In December 2016 previous Oculus CEO Brendan Iribe stepped down from the role after four years to lead the company’s PC VR division.

Then Head of Software John Thomason also moved into a new position heading up the firm’s mobile VR department.