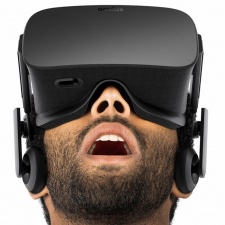 Maryland-based publisher ZeniMax has successfully sued VR manufacturer Oculus for $500 million for failing to comply with an NDA.

The ruling sees Oculus pay $200 million to ZeniMax for breaking the NDA and an additional $50 million for copyright infringement. Co-founder Palmer Luckey will also have to pay $50 million for false designation.

Both Oculus and former CEO Brendan Iribe will also pay $50 million and $150 million respectively on the count of false designation. However, the court ruled that Oculus did not misappropriate trade secrets, which was a key part of the case.

Following the ruling, ZeniMax has told Polygon that it will seek to force Oculus to temporarily halt sales of the Oculus Rift headset. The Gear VR, which was also built in partnership with Oculus, appears to be unaffected by this.

Oculus is already planning to appeal the ruling, with a spokesperson telling Polygon that "we're obviously disappointed by a few other aspects of today's verdict, but we are undeterred".

ZeniMax began legal proceedings against Oculus back in May 2014. It sought reparations after accusing Oculus and Luckey of illegally gaining access to "ZeniMax trade secrets relating to virtual reality technology".