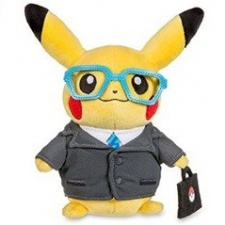 Pokemon GO developer Niantic Labs and any other mobile location-based AR game developers will now need to acquire a permit in Milwaukee to use the county's parks as PokeStops.

The ruling comes following reports of large amounts of damage caused to the parks when Pokemon GO was first released. A sudden influx of visitors is said to have caused thousands of dollars of damage to the park.

The County Parks Department attempted to hold Niantic financially accountable for the damage but was unsuccessful. The requirement for a permit hopes to limit any future potential damage from Pokemon GO or other games.

Keep of the grass

The permit requirement only targets the developers and specifically only requires a permit if they intend to use one of the parks as a location in the game. Players will still be allowed to play any games in the parks.

Niantic has been hit with a number of legal cases following the launch of its incredibly popular game. Its first lawsuit came from New Jersey where players were accused of trespassing on private property.