You should not develop eSports with the intention of making money 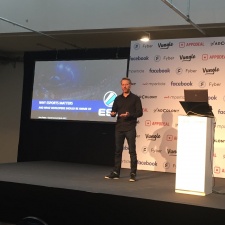 Developers should not put eSports in their game with the intention of making money straight away, says ESL VP Strategic Relations & Technology Arne Peters.

Speaking at Casual Connect Europe, Peters said that instead, developers should first implement competitive features for retention and improving the player lifecycle, with eSports coming later.

"In the first place, you should add competitive elements to your game only for user engagement reasons," he said.

"Also the retention of your gamers. Competitive multiplayer provides opportunities for content activation, and it's a foundation for a long lifecycle for your game.

"But don't do it with the intention of making money right away, and always remember you can’t force eSports onto your community."

Peters concurred with the hype, that eSports is potentially "a multi-billion dollar business in the making - five times what it is now", but urges caution to developers adding multiplayer options to their games.

"Whatever you do to run your game as an eSport," he said. "Actualy it's the community that decides whether they’re going to play it that way."

He advised developers not to jump into eSports unprepared: think about it, have people in your company who are involved in the competitive multiplayer scene... but don’t start with that in mind, and don’t mention eSports to your community at first.

"Give them a great game, grow your audience organically, and let it happen,” was his advice.

The four most important tips he gave were: