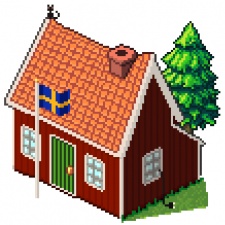 The accelerator will take 20 developers for a two-month program with all expenses paid. Successful applicants will spend these two months working on their game in a cabin in the countryside, receiving mentoring as they develop.

Games industry experts will also be in attendance to give lectures and workshops on various aspects of game development.

Get away from it all

"The first two years of Stugan have been amazing. We are constantly shocked by the growing support from the global games community, along with all of the progress we continue to see from Stugan participants on their projects,”"said Stugan manager Jana Palm.

"We had always intended for Stugan to become an effective community of support for talented global games developers, but we had no idea how effective a place of inspiration this would become for the mentors and sponsors who have dedicated resources and energy towards to program, too."

Applicants must create a 90-second video introducing their game and team, as well as providing a written description of their team, idea and goals for their game.

Applications are open to any developer from around the world and close on March 31st. Those interested in applying can find out more on Stugan's website.

Swedish game accelerator Stugan heads back to the woods for 2016