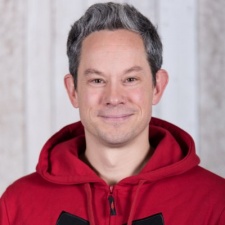 The key mission: "We need to put a process in place in order to maximise the chances of delivering great games."

The thinking behind the strategy was to create a culture of fast failing similar to the one that has served fellow Finns Supercell so well, and it relied on "gates" at three key stages of a game's development.

These were identified as Strategy, Marketing & Design and Production. If a game was perceived as falling at any of these hurdles, Rovio would then be able to end its development.

"We were proud to say that we'd placed three big gates, and at any one of them we could kill the game," reflects Barrow.

"700 games, every day, are sumbitted to the App Store. Fun games are not enough anymore."

However, the approach has since evolved.

"What do you want to learn, and is your build able to deliver those learnings?" queries Barrow. It's a question he feels developers don't ask enough, but it is now a key part of Rovio's framework.

More radically, however, Rovio has also since removed the Strategy and Marketing & Design gates, instead allowing more autonomy on the creative side in the early stages.