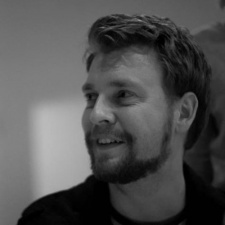 The new studio will be headed up by former Black Anvil Head of Studio Wilhelm Österberg. It will initially be formed of just 8 staff, all of whom come from the Wooga spin-off studio.

Österberg will act as general manager and managing director of Snowprint's Berlin studio. Snowprint did not reveal what the new team will be working on.

"To get this right is a rare thing, so when we saw the opportunity to form a studio around Wilhelm and the talented people he has been working with, we knew it would be the perfect added element for Snowprint's ongoing journey as we continue to explore uncharted territory in the mid-core landscape."

Snowprint Studios was established in December 2015 and is currently working on a Norse-themed midcore title named Bifrost. It closed a $5.7 million funding round led by a King subsidiary in June 2016.

Black Anvil was a spin-off studio from German developer Wooga established to create midcore titles. It was shut down shortly after launching its first title, Warlords.

You can find out more about Snowprint's Berlin studio and the journey to its opening in our interview with both Ekvall and Österberg.