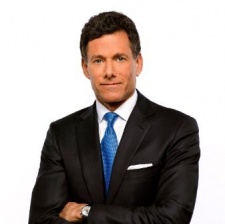 Speaking to MCV, Zelnick said the key driver for the purchase was to allow the publisher to get into the $40 billion mobile free-to-play market.

"We were looking for an enterprise that has a track record of creating a multiplicity of hits – which is very unusual in this space – where they own their IP – also unusual – where they generate meaningful revenue and meaningful cashflow right now – somewhat unusual – and where they'd be a great cultural fit with us," he said.

MCV noted that Zelnick has been vocally dismissive of the mobile market in recent years.

However, he states that "I stand by the concerns I had about the space and what we love about Social Point is that we believe it addresses all of our concerns".

"We also like that Social Point focuses on mid-core titles, games that are deeper, have story and character elements because we think that’s the direction that free-to-play mobile casual games will be heading," he added.

Take-Two acquired Social Point for $250 million earlier at the start of February 2017. The developer is to remain a separate entity from Take-Two and will retain its senior management following the close of the sale.