Play well, get a figurine 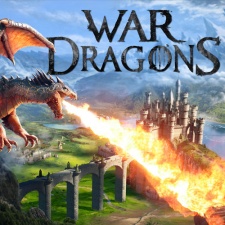 Pocket Gems has partnered with 3D printing company Voodoo Manufacturing to create a limited series of figurines based on the dragons in its game War Dragons.

The figurines will be winnable in-game as part of a series of prizes for the best-performing players through the Winter 2017 season. Players will be given a code to redeem on the War Dragons online store for a free model.

Voodoo has created 1,000 figurines to win based on the in-game dragon Kinarra. Each statue measures 6" x 6" x 6" and features a monochrome Kinarra lying on a large rock.

"We're constantly looking for unique new ways to engage with our players and we've had our eye on 3D printing for a while," said Chris Luhur, director of marketing at Pocket Gems.

"The idea of rewarding players with real-life prizes for winning something in a virtual world is a new concept for mobile games and we're really excited to try it out."

Pocket Gems also broke out some figures for the game, revealing it has seen 75 million cumulative hours played, with 49 million dragons hatched and 1.3 billion battles fought.

The War Dragons playerbase is an active one, and a charitable one to boot. As part of Apple's Games for (RED) campaign in December 2016, 24,667 War Dragons players bought an in-game pack, with all proceeds going directly to charity.