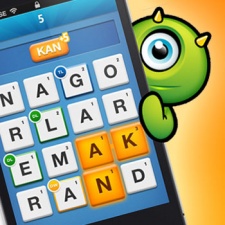 The first game in the series, Ruzzle, was initially launched in 2012. It has managed to top the download charts on the App Store and Google Play in 145 countries since then.

A follow-up title, Ruzzle Adventure, was launched in 2014 and has since accumulated over five million downloads in its lifetime.

"We're thrilled about this milestone for Ruzzle and proud that after nearly five years it is still popular amongst new and old fans alike", said Johan Persson, Vice President of Product at MAG Interactive.

"We have a soft spot for Ruzzle, as it was the first game that we developed and put us in the spotlight. The success of the franchise proves that quality titles can be successful for many years with the right formula of keeping players engaged and happy."

How to get a job at Ruzzle developer MAG Interactive