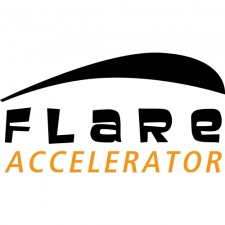 I am a games and technology professional and all round fanatic of digital entertainment. Why games and tech? Because it's an area positively bursting with incredible talent and being surrounded by such an abundance of creative, intelligent people never gets old. I work in this industry because of the variety, the excitement, and the kick I get out of seeing other people enjoy the products I sweat over.

My main career goals are to foster great products, learn as much as I can and be a part of what makes the digital entertainment industry special.

The publisher plans to invest €20 million ($21 million) in the accelerator across the next 18 months. It will focus on helping emerging developers validate the business case for their F2P mobile games in mid and late stages of production.

Flaregames will be offering its own expertise alongside funding to help improve a game's long-term potential. It is also promising significant marketing budgets in addition to its initial investment to help push the games on release.

"The huge abundance of product opportunities in mobile has created a buyer's market for publishers and put developers at a disadvantage," said Fraser MacInnes, flaregames Head of Portfolio Management.

"By helping developers validate their game's business case viability as quickly as possible, as well as identifying problem areas early on, we enable developers to concentrate on what developers do best - making fun, captivating experiences.

"Meanwhile, we as flaregames continue to follow our core objective of building up a family of world-class developers."

Flaregames will be at GDC 2017 and is encouraging developers to reach out at the event.

The publisher has previously worked on titles such as Kopla Games' Nonstop Knight, which surpassed seven million downloads after five months of launch.

How to get a job at boutique German publisher Flaregames