Catching up with Daydream 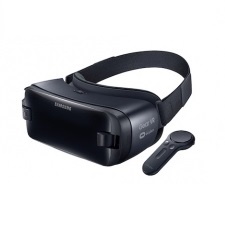 Samsung has announced a new controller for its mobile-based Gear VR hardware.

The one-handed controller, which features motion controls and a touchpad as its primary input, was announced by Samsung at Mobile World Congress alongside a new version of the headset.

Samsung has also confirmed that the new controller will be compatible with the existing Gear VR headsets, and will be sold separately.

"More than 70" new Gear VR titles that use the controller are said to be in development.

You can read more information on our VR-flavoured sister site, The Virtual Report.