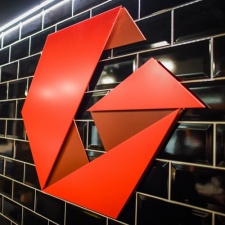 Murat Gürel has worked as a Game Developer for Gram Games, the company behind top-hit titles such as 1010!, Merged!, and Six!, for over a year.

Overall, he’s been working in the gaming industry for over four years. Murat was one of the key developers behind Gram’s second hit game, Merged!, and has also contributed to several other unreleased titles.

He’s also fascinated by machine learning. Murat earned a degree in Electronics and computer engineering at the University of Surrey in the UK.

The 1010! And Six! developer held a party for local industry professionals to come and network to celebrate the new office’s opening.

As well as hosting a party, Gram Games developer Murat Gurel hosted a talk on the company’s prototyping process and discussed why everyone at the company works on new ideas every Friday.

“The people involved in the prototyping process is basically everyone,” he said. “From finance to HR, everyone joins in. We have a similar setup in the Istanbul office.

“People just make presentations, showcase their games and we decide whether it’s feasible to go into a fake launch.”

He added: “Everybody is included, because we’re all gamers here and we trust one another and we trust each other’s’ decisions."

The talk was similar to one Gurel made during Pocket Gamer Connects London 2017, which you can watch here.

Gram Games previously announced plans to invest around £4 million ($5 million) during the next year as it expands its new London HQ to create more than 30 jobs.

You can view some photos of the Gram Games studio opening below. You can also find out more about the event and the new studio here.