Relative newcomer to the TV ad scene spends $13.1 million in a month 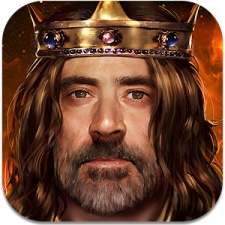 As reported by VentureBeat, the developer spent an estimated $13.1 million on two spots that aired over 2,900 times. The majority of this was spent on its "Battle of Evony" ad, which was shown during the Super Bowl and other sporting events.

MZ's ad spend came in at an estimated $9.6 million for three spots airing over 4,000 times. Its Mobile Strike ad that was shown during the Super Bowl is estimated to have cost $8.9 million alone.

World of Tanks developer Wargaming was also a top spender, shelling out an estimated $5.4 million airing three ads just 22 times. It showed two ads during the Super Bowl, which ate up most of its budget.

In terms of top spenders in February for ads, PlayStation took the lead with an estimated $15.3 million on nine ads. Nintendo came in second place, spending $13.7 million on five ads for its Switch console.

The Super Bowl is one of the most-watched television events in the US of the year. Its popularity drives prices of 30-second ad spots to almost $5 million apiece.