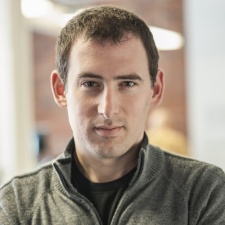 PlayFab is a backend platform for games that offers services such as player relationship management, content management, tournaments, leaderboards and other automation tools that it claims help reduce player churn and boost engagement and monetisation. The platform powers 600 games with more than 45 million players a month.

IBM’s Watson meanwhile is a supercomputer that combines AI with analytical software. It's perhaps best known for winning that game show Jeopardy.

By tapping into that tech, PlayFab developers can crunch large amounts of data and produce insights into player behaviour.

It’s these tools for data modelling and machine learning which PlayFab hadn’t previously provided, and its CEO James Gwertzman believes these services can help developers find increased success with their games.

“We can gather lots of data from the game, and we can show some pretty graphs and generate reports, and we can even pump data into a data warehouse, but that's it - at that point the developer is on their own,” Gwertzman told PocketGamer.biz about its services before the partnership with IBM.

He added: “We're making it easy to get data into the IBM Data Science Experience, where in turn it's much easier to apply advanced data science to the data - IBM has a whole range of modules, in fact, that can be deployed.

"You still need to have some data science knowledge, but it's a much lower bar. And once you do come up with insights, PlayFab gives you a whole set of out-of-the-box tools for acting on those insights in your game.”

In practical terms, Gwertzman said there are several capabilities IBM offers through this partnership that will be relevant for games.

This includes natural language processing, as devs can now import reviews from the App Store and, for example, users could do a sentiment analysis to look at the mood of players and engage player reaction to the game.

Other uses could include looking for toxic players, optimising the store and making product recommendations, tuning gameplay, and what rewards to offer players for watching ads.

The new services are currently only open to enterprise level customers, with the tools coming at an extra cost. Early users of the services include Atari for its mobile game Roller Coaster Tycoon Touch.

Gwertzman said in future however it may be able to bring pieces of the IBM platform “directly into the PlayFab platform itself where it becomes a standard or premium feature we offer our developers”.

“For now, this is best suited for free-to-play games, and mid-to-large developers who already have some experience with data science,” he said.

“However the goal is to eventually democratise these tools so they are available to all developers, even smaller indies with no data science experience. In fact, arguably those are precisely the developers who need this sort of experience the most.”