Legendary developer Fumito Ueda is among the speakers at NG17, May 17th to 19th, in Sweden. Join us for three memorable days with the Nordic game developer community 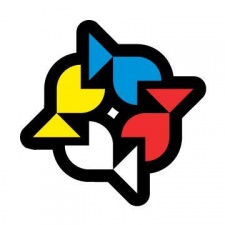 The organisers of the 14th edition of the Nordic Game conference, taking place on May 17th to 19th 2017 in Malmö, Sweden, are at full swing preparing for this year’s show.

More than 30 speakers for the program have already been revealed.

“From the much-anticipated one-on-one discussion between Japanese developer icon Fumito Ueda and Massive’s CEO David Polfelt, to more than 100 talks about VR, diversity, design, work culture, and a string of expert level sessions, there will be something for everyone”.

A new addition to the speaker program is the partnership with industry media network GamesIndustry.biz who will be curating a part of the program.

Formerly known as the Nordic Game Indie Day, the event organisers and partners believe that the time has come to leave the somewhat dividing and confusing “indie” appellation behind and focus on what brings developers together.

Thus the new Discovery Day will still be a playful and fun experience, with a primary focus on the innovative and artful aspects of game development.

Created and curated in close cooperation with longtime partners Copenhagen Game Collective, Nordic Game Discovery Day will be held as the last day of NG17, namely Friday, May 19th.

NG17 is much more

Besides these elements, NG17 will contain all the features which makes the event truly Nordic Game such as the Gala Dinner, Nordic Game Awards, and the renowned Nordic party.

And parallel to this, the MeetToMatch meeting and matchmaking system will guarantee a nice breeding ground for business during the conference. All this, and of course, much, much more.

In the coming weeks, loads of exciting details regarding NG17 will be revealed at nordicgame.com.

Nordic Game 2017 will be held on May 17th to 19th in the “Slagthuset” venue in Malmö, Sweden, just 21 minutes by train from Copenhagen Airport.