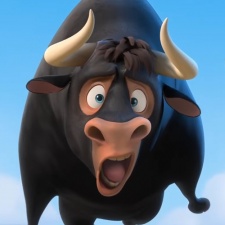 Finnish developer Koukoi Games has signed a deal with FoxNext Games to develop a mobile puzzle title based on the upcoming animated film Ferdinand.

The comedy adventure, based on the book The Story of Ferdinand, tells the story of a bull who would rather smell flowers than take part in bullfights.

Koukoi will act as developer and publisher of the mobile title and will work with FoxNext Games, the games division of entertainment company Fox, on production, marketing and business development.

The title is the third game announced by the studio following the release of Crashing Season and the previously revealed Dawn of Strikers.

Speaking to PocketGamer.biz, Koukoi CEO Antti Kananen said the deal with Fox came about unexpectedly a year ago when the studio received a “mysterious” invitation to meet with representatives at the entertainment company.

Fox had been scouting for new partners for its games division to produce and publish licensed mobile games, and heard about Koukoi thanks to the media attention around its debut title, Crashing Season.

“Prior to meeting with the studio, we managed to receive a list of properties to talk about, and we immediately fell in love with Ferdinand,” said Kananen.

“We didn't have much time to figure out the exact idea for the game, and honestly, our pitch was not the one that would change the world that day. However, half a year later, we closed the deal.”

The studio went through a number of internal changes during the process and made improvements to its operations, processes, security and project management.

“At the same time, we managed to show our level of quality through the first game, which also showed off our capabilities in 3D modelling, bringing all the models to life through quality animations," said said Kananen. "As a result, we were a good match for Fox in the end."

“We have the resources, a working model for producing licensed IP mobile games with fresh ideas and high quality, and we have a working environment that meets the highest standards of Hollywood studios, TV-networks, IP owners and brands,” said Kananen.

“We have several ways to add value to partners and they will be most certainly see this during the process. And, of course, we're open to receiving new inquiries and opportunities all the time.”