With the help of co-owner Coffee Stain Studios 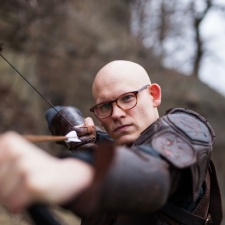 The Swedish outfit has already received seed investment from Goat Simulator developer Coffee Stain Studios, which has acquired a minority stake in the new company to become a co-owner.

Lavapotion is currently working on an unannounced premium strategy game for PC and tablets. This is a new avenue for the team, which has largely worked on free-to-play mobile titles before starting their own company.

"Honestly, it feels just great to leave the free to play bulls**t behind us. Getting to work with an investor who cares more about the way we design spell systems rather than how we maximise profit is a fresh break from what we are used to," said Alm.

Anton Westbergh, CEO of Coffee Stain, added: “When the Lavapotion team pitched we immediately felt we had to get in on it.

"Their game concept is a homage to an old-school type of strategy games we’ve spent hundreds if not thousands of hours playing ourselves."

Coffee Stain made the jump to become a publisher in February 2017. Its investment in Lavapotion marks the first time it has worked with a mobile developer since launching its publishing arm.