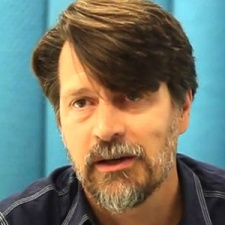 Niantic Labs' CEO John Hanke has claimed that VR games are going to be a "problem for society" due to their immersive nature.

Speaking at London Games Festival 2017, as reported by GamesIndustry.biz, Hanke stated that the immersive nature of VR games discourages people from interacting with others, which may be an issue as it becomes more widespread.

"We're human beings and there's a lot of research out there that shows we're actually a lot happier when we get exercise, when we go outside - and outside in nature in particular," he said.

"I think it's a problem for us as a society if we forgo that and spend all of time in a Ready Player One-style VR universe."

He added that Niantic is unlikely to make VR a focus at all. It is instead dedicated to AR games such as its flagship title Pokemon GO since they require players to go outside and interact with the real world.

Pokemon GO continues to be a huge success for Niantic Labs, scoring three BAFTA nominations. However, research from the British Medical Journal claimed that while there were some health benefits during the first six weeks after a download, it did not make a significant impact on people's walking habits in the long-term.